Introducing the new 124 on Queen

As our exciting expansion project nears its completion, we’re thrilled to share with you the new changes and additions you will find when visiting 124 on Queen Hotel and Spa. The Hotel will open an additional thirty-nine luxurious guestroom suites, offer an unmatched world-class spa experience and introduce an outdoor garden event space. On top of that, we will be adding a lobby Starbucks, a lobby bar and extensive underground parking. We are proud to remain privately and locally owned, and to accompany these exciting changes to our property will be a new look and identity to our brand.

To see an overview of the changes, check out our Property Map.

Complementing our current beautiful accommodations will be thirty new luxury and contemporary guestrooms, the Signature Collection at Q. These rooms have been designed with curated hand-crafted pieces and reflect the boutique style of 124 on Queen. They also feature a number of upgraded items, such as 124 on Queen exclusive Stearns and Fosters© mattress, in-room Nespresso machine, Nunshen© teas selection, and much more.

Your rest and relaxation during your stay are important to us and therefore our additional guest rooms have been thoughtfully designed with a natural colour palette and luxurious finishes. Any room at 124 on Queen will be the perfect sanctuary to escape to after a day of wine touring or to continue your relaxation after being pampered in The Spa at Q. 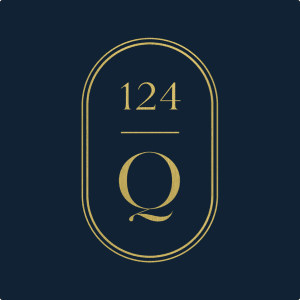 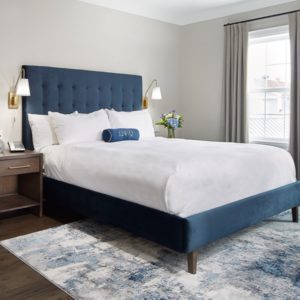 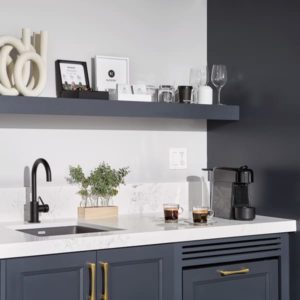 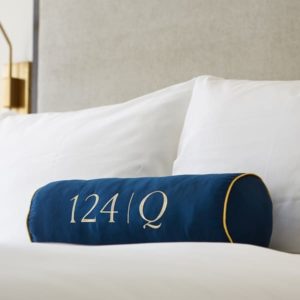 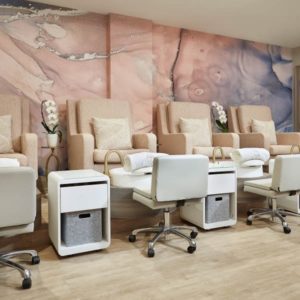 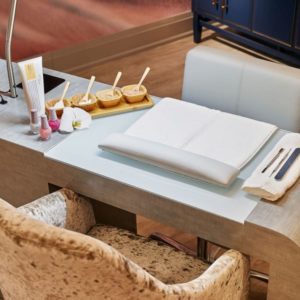 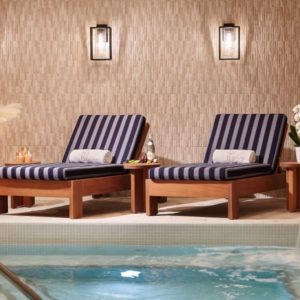 The Spa at Q

You will find yourself in an oasis of calm at the new Spa at Q. The serenity of the onsite Spa at Q is being expanded to include an experience found in no other Spa in the Niagara area.

Your spa sanctuary will include a sensory experience in our hydrotherapy circuit offering hot and warm pools, sauna, steam room and a snow cave sauna. Alongside our traditional popular treatments such as manicures, pedicures, facials and massage will be an additional array of unique spa treatments created and offered by a dedicated Spa Team of health and well-being professionals. This spacious spa will offer several spaces for tranquil relaxation and serve as your escape to truly rest and restore your body and soul.

Our new wedding space will accommodate an additional 100 guests to our current venue offerings of 25 in our Wine Cellar at Treadwell Cuisine and 150 in The Gate House building.

Designed with light, neutral tones and in-laid flooring this space will boast beautiful natural lighting and highlight the architecture of the room. Featuring a floor-to-ceiling sliding glass window wall that opens directly into our interior courtyard, your guests can be offered an al fresco experience among the backdrop of our 124Q fountain to dance the evening away. This space will be home to special memories made to last for years. 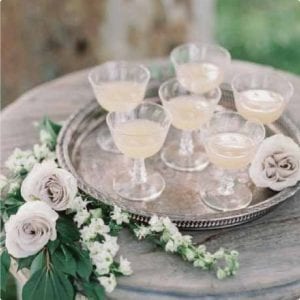 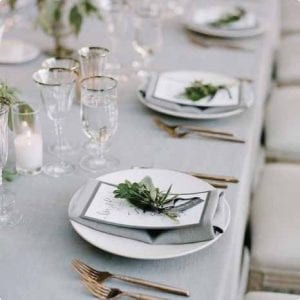 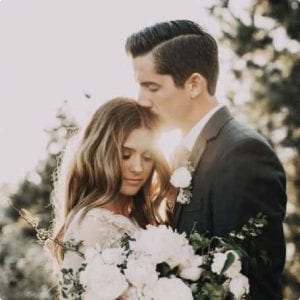 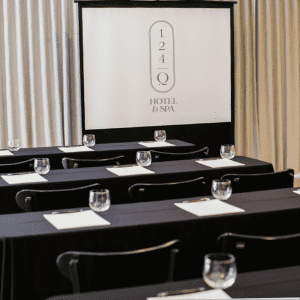 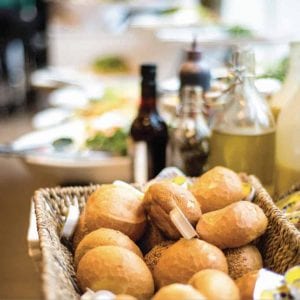 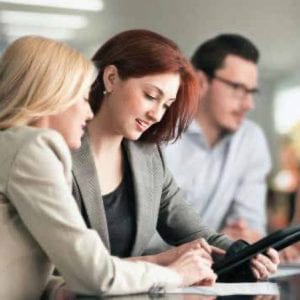 Connected to the main Hotel, this space will offer 1600 square feet of meeting area filled with natural lighting. A moveable soundproof dividing wall offers Groups the option to host two simultaneous meetings or host a breakout session or private meal.

Access from the main meeting space into our Courtyard Fountain area allows attendees the opportunity to enjoy their morning or afternoon breaks leisurely in the fresh air. Culinary services will continue to be offered through our critically acclaimed restaurant Treadwell Cuisine and a newly created Team Building offering will complement your Group’s experience.

On November 26th, 2021, the over 60,000 lbs Smithy building was successfully relocated to its final home within the new expansion of the 124 on Queen Hotel & Spa property!

William Gollop’s blacksmith shop, affectionately known as The Smithy, is a historical building in Niagara-on-the-Lake heritage district that dates back as far as the 1920s. Originally located in the laneway behind William Gollop’s family home at 118 Queen Street (which now houses the Budapest Bakery and Oliv Tasting Room), The Smithy has been carefully moved several times within the block of Victoria, Queen and Gate Streets over the past few years. Most recently, The Smithy was temporarily placed closer to Gate Street while the property was under construction. The building has seen many uses in the past, including housing Canada’s first Museum of the Paranormal, the Front Desk Reception area for the Hotel, housed luxury guestrooms, and also an executive meeting space. 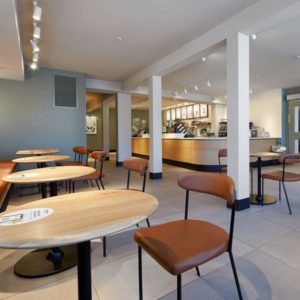 We know sometimes when you travel you need a little piece of home. At our lobby Starbucks you won’t need to miss out on your Venti Vanilla Latte with 3 pumps of Caramel! Don’t forget to pick up a “You Were Here” collectible Niagara-on-the-Lake Starbucks mug to start your mornings at home with memories of your visit. 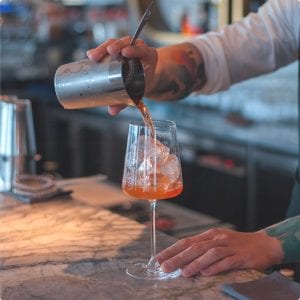 This multi-purpose space will be the beating heart of the Hotel, offering guests a common area to drink, eat, visit, relax and recharge. 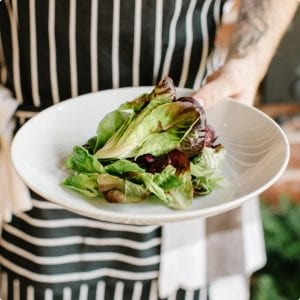 Featuring a bright and airy common space to grab a fresh, healthy lunch between spa treatments or to settle in with friends to plan out your day of activities. A focus on local and seasonal ingredients will give guests a sense of the agricultural richness of the Niagara Region. 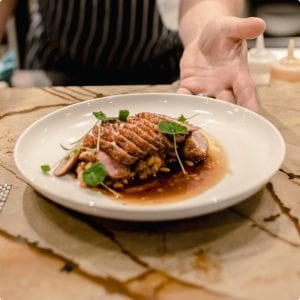 The Lobby Bar will be a place for guests and locals alike to enjoy a seasonally constructed cocktail and innovative late-night snacks. Listen to the tunes of our local talent or chat with our expert mixologist for inside tips on how to take your own cocktail mixing skills to the next level. You don’t need to go anywhere but here to finish up your evening in style!

Connect with our team for booking inquiries or any general questions.